HOW WE DEVISED THIS WORK 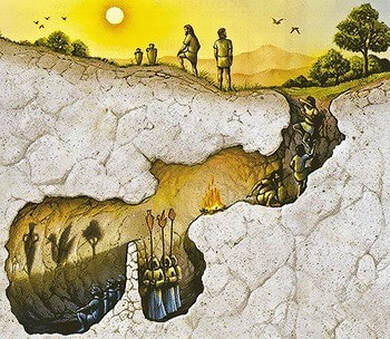 Paintings of Plato’s Allegory of the cave an excerpt from The Republic 514b & 515e. Image copyrighted ©

Excerpt from Sonia's master thesis: In 2020, the catalyst year for a paradigm shift allowed the world to see the hypocrisy within itself and change the dialogue, so much so that it became virtual. The virtual world forced humanity to see the injustices from another lens where some were not able to turn their heads away anymore, as the injustices repeated, again, and again, and again—just different faces, different names. Another facet of the entire cave philosophy is that even if the people in the cave were to come out and see the truth with their own eyes, they could also see the world with the imitations they formed from the likenesses or see that the likenesses are not the real things and change their thoughts. While Plato’s allegory of the cave sets the tone and the stage, the goal to reach a utopia for all will reach completion upon a performance.

The internal process: The conscious mind is essential to the overall message of this devised. In order to arrive at the conscious, both direction and devising had to lead the ensemble to the spiritual world. I divided and framed the story into four parts—Part 1: the mental mind “the cave” unconsciousness within the cave where ignorance lives. Part 2: the physical body, the exit from the cave out into the unconscious world new territory to these prisoners’ lives have been sheltered and pre-programmed with conditional images. Part 3: the emotional body, the world how it affects the senses, feelings, and innate reactions. Part 4: the spiritual body in the resolution or the conscious self, growing deeper in full awareness of the truths, biases, deceptions, manipulations and fully in control of one’s self.

The devising process began with the ensemble, a consultant and myself from September 29 to December 15, 2020 in virtual sessions. During a global pandemic and protests for change worldwide our truths emerged from the reality everyone witnessed in black, white and sometimes grey in the media. Always at the center Plato's cave where ignorance versus knowledge or "the effect of education and the lack of it on our nature" set the scene from where we all begun.

The narratives of short stories transition into a script by Sonia Pasqual and the premiere of Conscious Voices performance on Friday, June 4, 2021 at 12p and 6p and by request a virtual performance on June 14 at 7pm, 2021.

The script writing process involved formatting appropriately for each story, be it in poetry, monologue, dance choreography and stage directions. In one week, the short stories transformed into one cohesive script.

The week prior to tech rehearsal the producer, summer researcher undergrads, the animator and myself work to create the magic behind the scenes. Recordings, documenting, interviewing, and even presenting to a class. In this course How Dare You Write That by professor Victoria Brown, we discover and see the creative design teams collaborative process and the devising process technique. During this week we also prep-- rent and borrow technical elements required to ready the space for the actors next.

The devised virtual process during a pandemic. 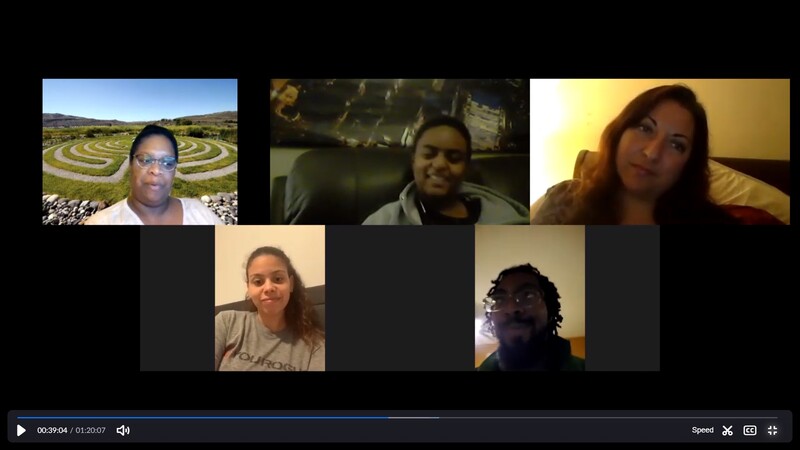 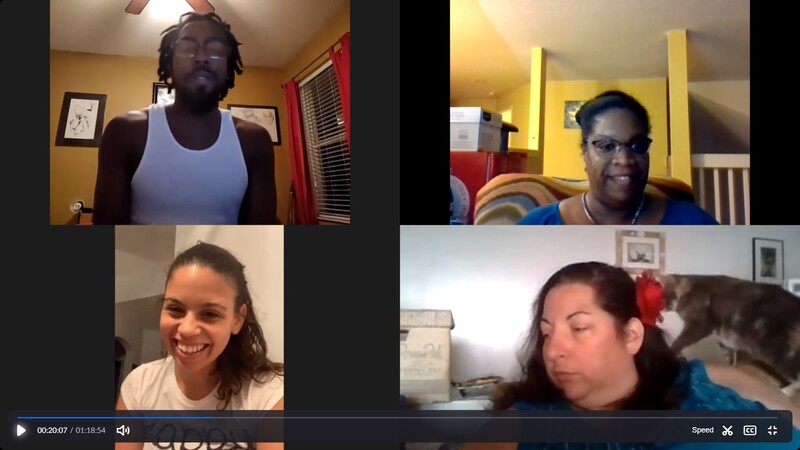 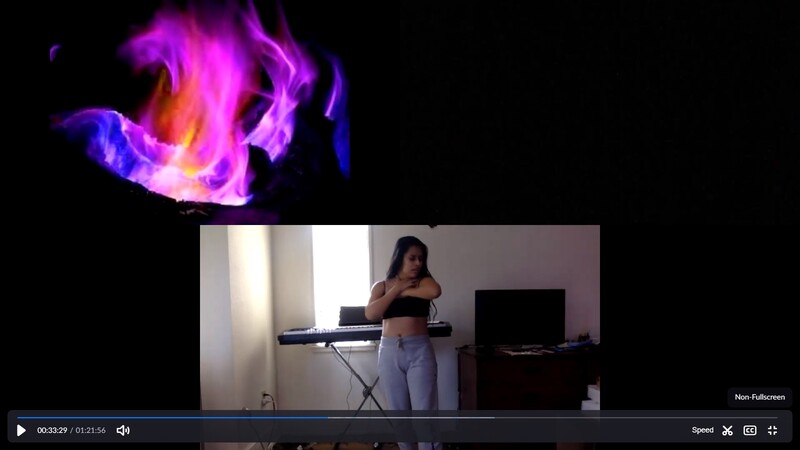 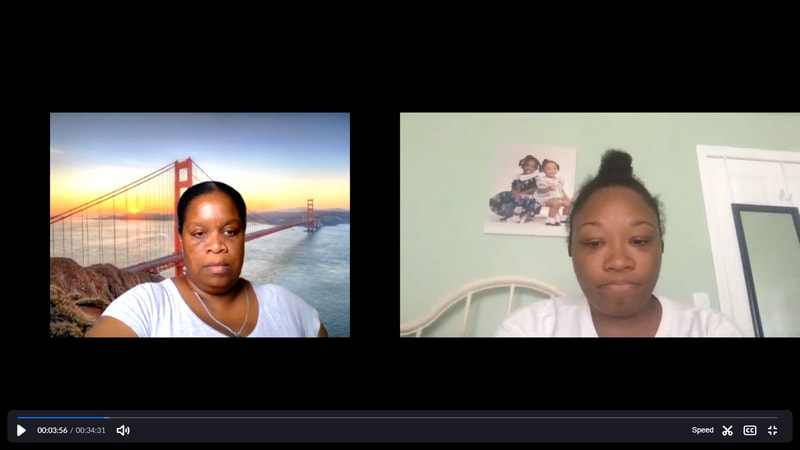 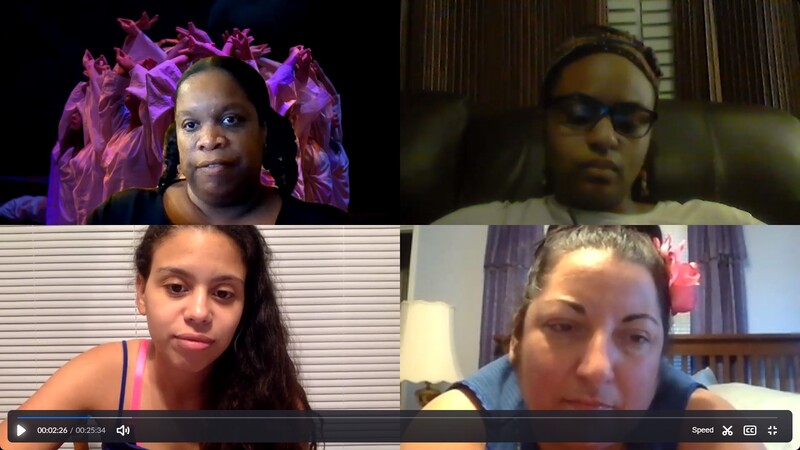 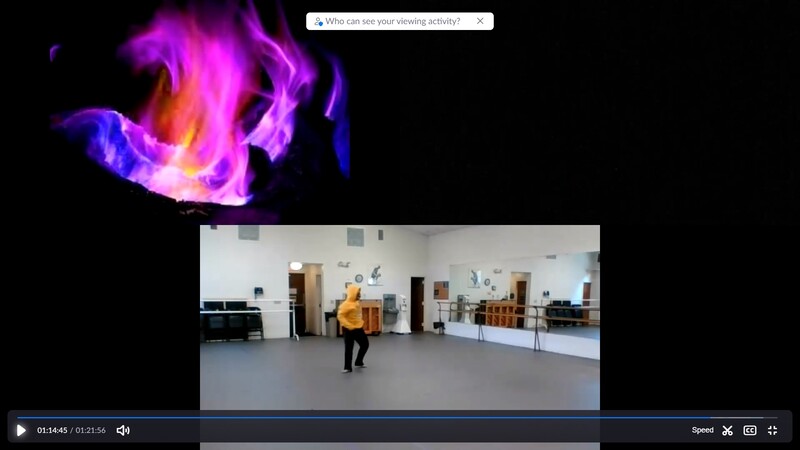 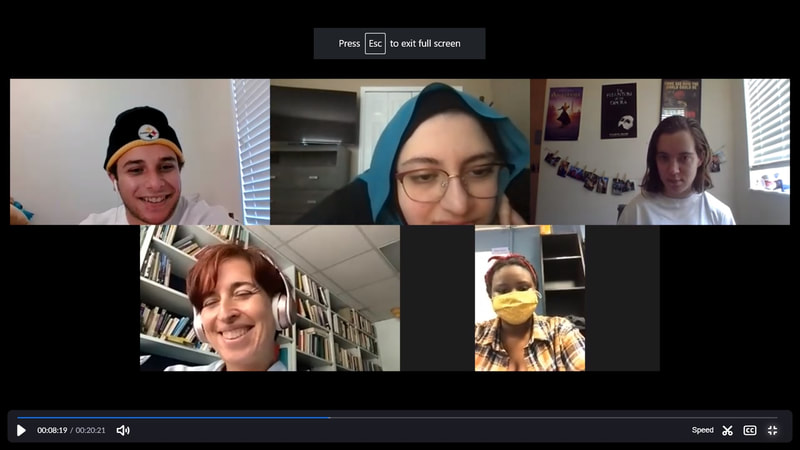 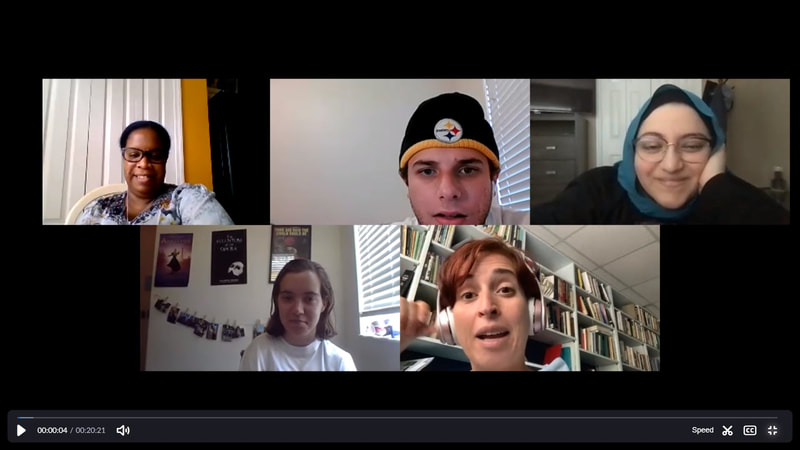